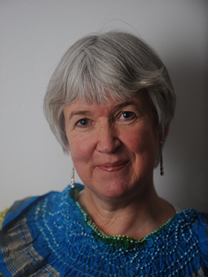 Alexandra Denman has sung with Kent Opera (Giovanna in Jonathan Miller's production of Rigoletto) and English National Opera (old woman at a window in Julietta), acted in rep (Exeter Northcott, Northampton Royal) and appeared in West End musicals (The Sound of Music, Gigi).

She presents the Lord Mayor's Christmas Concert at Bristol's Colston Hall each year and sings with Bristol Opera, Bath Opera and the Westerly Showband. She also plays Dame Clara Butt in An Audience with Dame Clara in venues around Bath and Bristol, as well as once on the BBC’s Inside Out West.

For Bath Opera, Alex has sung Mrs Sedley in Peter Grimes, the Countess in The Queen of Spades, Ulrica in A Masked Ball, Amneris in Aida, Despina in Cosi fan tutte, the witch in Hansel and Gretel and the title role in Carmen. She has also directed Turandot, Carmen, The Elixir of Love, The Flying Dutchman, Cinderella and Rigoletto.

For Bristol Opera, Alex has appeared as Siebel in Faust, Eboli in Don Carlos, Ulrica in A Masked Ball, Sinaide in Moses, Berta in The Barber of Seville, Donna Elvira in Don Giovanni, Antonia in Viola, Micah in Samson, Dido in Dido and Aeneas, Madame Euterpova in Help, Help, the Globolinks!, Antonia's mother in The Tales of Hoffmann, Baba the Turk in The Rake's Progress and the Empress in The Poisoned Kiss. She has also directed Dr Miracle, La Traviata, Macbeth, Carmen, Les Indes Galantes, The Bartered Bride and The Flying Dutchman.