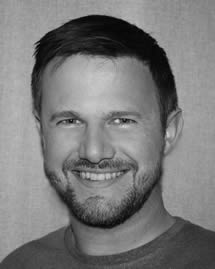 Robert is based in the South West where he sings as a concert soloist and performs with a number of companies including Wroughton Choral Society, Swindon Gilbert and Sullivan Society and Bath Opera.

Robert has sung as an oratorio soloist for over a decade and currently trains with Alexander Johnson. Highlights include Mozart’s Requiem, Handel’s Messiah, Haydn’s Creation, Chilcott’s Requiem and Finzi’s Dies Natalis. Robert won the Supreme Championship at the Swindon Music Festival in 2016.

Before moving to the South West, Robert was based in London where he performed regularly with Imperial Productions and the New London Opera Group. Highlight roles include Tony in West Side Story, Freddie in Chess, Seymour in The Little Shop of Horrors, Batboy in Batboy, Alexis in The Sorcerer, Jack Point in Yeoman of the Guard, Nanki-Poo in The Mikado, Dick Dauntless in Ruddigore, Æsculapius Carboy in The Zoo, and Frederick in The Pirates of Penzance.

Robert is Musical Director for Swindon-based Theatre Ink and acts with and writes for TS Theatre Productions.