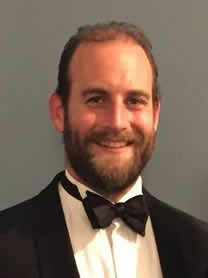 Thomas Wood completed a Bachelor of Music and Postgraduate studies in opera at the Western Australian Academy of Performing Arts. Before relocating to Bristol, he enjoyed a decade of performing in both the UK and Australia including five years with West Australian Opera, several seasons with Grange Park Opera and a tour with Opera North. Stand-out roles for Thomas have included; Tinman in The Wizard of Oz, Archibald Craven in The Secret Garden, Monstatos in The Magic Flute, Lysander in A Midsummer Night’s Dream, the title role in Candide and Judge Danforth in the Australian premier of The Crucible.

In recent years he has taken principal roles with Bristol Opera and Opera in a Box, including Turiddu in Cavalleria Rusticana, Don José in Carmen as well as Jean in César Cui’s children's opera Puss in Boots, as part of an educational initiative by Bristol-based company Tessitoura.