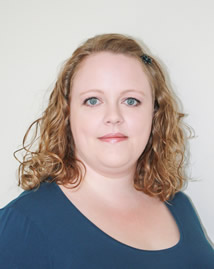 Coventry born mezzo-soprano Wendy Silvester started singing at a young age, and grew up in an award-winning school choir, finally joining the Nave Choir at Chester Cathedral whilst doing her degree. She holds a degree in English and studied Science Fiction to postgraduate level before changing career paths into opera. Recent performance engagements have included Olga Olsen in RWCMD’s recent production of Kurt Weill’s Street Scene, Ulrica in Verdi’s Un ballo in maschera for Stanley Opera, and Zita in Puccini’s Gianni Schicchi both with the WNO orchestra the baton of Carlo Rizzi, and in a touring production for Handmade Opera. On the concert platform, Wendy has appeared as a guest soloist for The Stroke Association, Newcastle University, and Mind. Upcoming engagements include a solo recital of songs and arias featuring mothers entitled ‘A Mother’s Love’, and working with Handmade Opera again, in the role of Fidalma in Cimarosa’s Il matrimonio segreto in Italy this August.